Do you have problems in finding a consultant :

We, as your consultant : 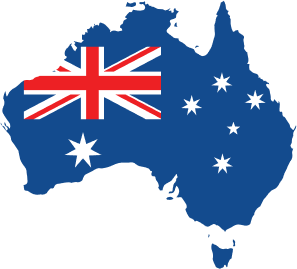 Australia is the Earth’s largest island but smallest continent with an area of 7.69 million square kilometres. It is about 3700 kilometres from north to south and 4000 kilometres from east to west. Australia is a natural wonderland of beautiful beaches, crystal blue waters, amazing ancient rock formations (e.g. Twelve Apostles) and Pristine Rainforests.

In area, Australia is the 6th largest nation after Russia, Canada, China, the United States and Brazil. It is about twice the size of the European Union or the ten nations that make up the Association of Southeast Asian Nations (ASEAN). Its ocean territory is the third largest in the world which spans three oceans and covers around 12 million square kilometres. Still, Australia has the lowest population density per square kilometre.

The responsibility for governing this huge continent is distributed among three levels of government – the Federal Australian Government, the Governments of the six states and two territories, and about 700 local government authorities (LGAs).

New South Wales is Australia’s oldest and most populous state. Its capital, Sydney, is the nation’s largest city. The city’s Harbour Bridge and Opera House are national icons. It is also famous worldwide for New Year Fireworks at Harbour Bridge.

Victoria is the smallest amongst the states in area but the second most popular and the most densely populated state. Melbourne, the capital, is Australia’s second-largest city. The Melbourne Cup, Australia’s premier horse race, The Australian Tennis Open and The Australian Formula One Grand Prix, are held in Melbourne.

Queensland, the second-largest state in area, stretches from the tropical rainforests of Cape York in the far north to the more temperate areas in the south-east of the state. The unique Great Barrier Reef runs along its north-east coast. The capital of Queensland is Brisbane.

South Australia is known as the ‘Festival State’, with more than 500 festivals take place there every year. The state has 13 wine regions and is a hub for Australia’s food and wine gourmets. Adelaide, the capital, contains examples of colonial architecture.

Western Australia is the largest state in area. The east of the state is mostly desert while to the west, the state is bound by 12,889 kilometres of the world’s most pristine coastline. About 75% of the state’s population live in Perth, the capital.

Tasmania is separated from mainland Australia by Bass Strait and is the smallest state in Australia. With its unspoilt wilderness landscapes, it is one of Australia’s most popular tourist destinations. Every year on 26 December, the keenest of sailors do race from Sydney to Hobart, Tasmania’s capital, is the nation’s most hotly contested sailing event.

Many people are attracted to employment opportunities in regional Australia. Regional Australia offers open spaces, less expensive life styles and the wonderful Australian environment. Many regional centres also have a strong cultural diversity with well-established migrant communities. There are a range of initiatives to attract migrants, with particular skills and abilities, to many regions of Australia. Regional Australia increases the opportunities for migrants to settle successfully outside of the major Australian cities. All Australians are entitled to freedom of speech, association, assembly, religion and movement.

Australians enjoy one of the best health systems in the world which provide safe, affordable and quality health care for all Australians. The health system is jointly operated by all levels of Australian government system – federal, state and territory, and local government areas (LGA). This is most important reason why Australian citizens and residents enjoy one of the longest life in the world. The health care is being taken provided by:

Medicare and the public hospital system network work together to provide free or low-cost access to most of the health care services.

Each state/territory takes care of their education establishments and defines policies about education. Australian schools/universities/institutes are well known for their very high academic standards. There are ample opportunities for students to explore their potential. From the viewpoint of the quality of life, Australia is one of the best options for students. There are government operated as well as privately operated schools which give quality education to students.

Are you living outside Australia? Would you like to grab the opportunity to settle in Australia or get globally recognised qualification? The first step is to find out the most suitable visa option that is available to you.